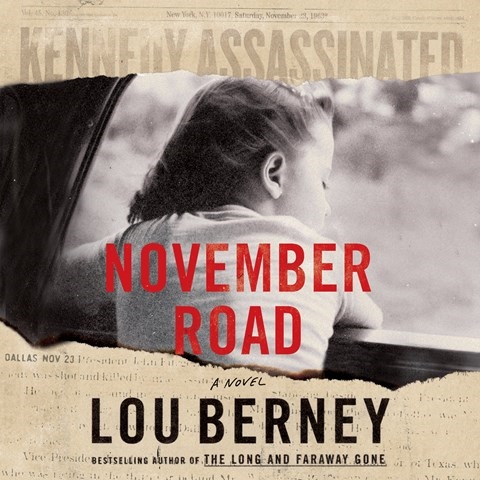 Narrator Johnathan McClain's deep register makes this historical thriller into a compelling audio experience. In the days following the assassination of JFK, New Orleans mobster Carlos Marcello must make certain that no one finds out of his involvement. In doing so, he sets in motion a dangerous clash of disparate lives. Marcello sends Boone, a vicious hit man, to eliminate grifter and Mob organizer Frank Guidry and the traveling companions he has adopted for cover: a runaway wife and her two daughters. Guidry's growing affection for the family and his changing attitudes are deftly reflected in the narration. McClain transitions seamlessly from the energy and innocence of the girls to the chilling underworld figures of New Orleans and Las Vegas. D.P.D. © AudioFile 2019, Portland, Maine [Published: FEBRUARY 2019]