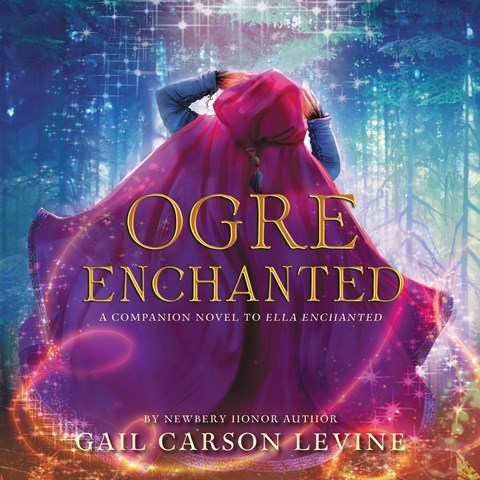 Narrator January LaVoy whisks listeners into Levine's magical world in this companion novel to ELLA ENCHANTED. With warm and joyful tones, LaVoy introduces heroine Evie, a young healer practicing her valued trade from her mother's house. Wormy, Evie's closest friend, who assists in her practice, is characterized with a voice that holds both endless knowledge and refined wit. When Wormy's marriage proposal to Evie goes awry, the meddling fairy, Lucinda, curses Evie with high-pitched and haughty words. Transformed into an ogre, Evie has 60 days to find someone who will propose to her and reverse the curse. On her quest, Evie meets several fantastical creatures whose differing opinions of her terrifying appearance and sweet character teach her more than Lucinda bargained for. V.T. © AudioFile 2019, Portland, Maine [Published: FEBRUARY 2019]