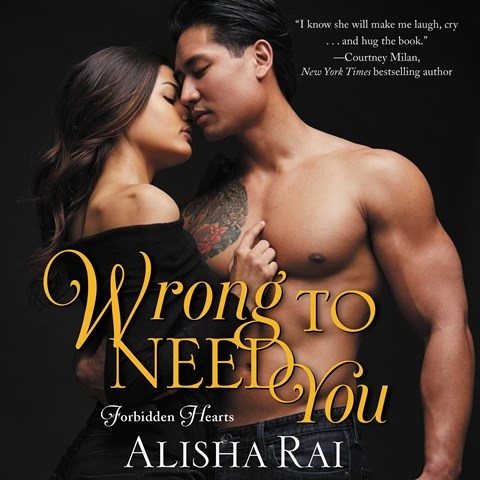 Lucy Rivers and Jeremy York narrate the second installment of a dramatic family tale. Sadia Ahmed is struggling to put her life back together after the death of her husband. Jackson Kane was accused of arson 10 years ago and was cleared but left town afterward. York does a good job conveying Jackson's seemingly blunt nature, while falling short at portraying Sadia's precise control. Similarly, Rivers easily depicts the warm yet sometimes contentious bond between Sadia and her four sisters but has difficulty capturing a believable range of male voices. Both flounder somewhat in their portrayal of Sadia's young son, but Rivers's depiction is the more off the mark, making the 6-year-old sound like a teenager. K.M.P. © AudioFile 2018, Portland, Maine [Published: DECEMBER 2018]