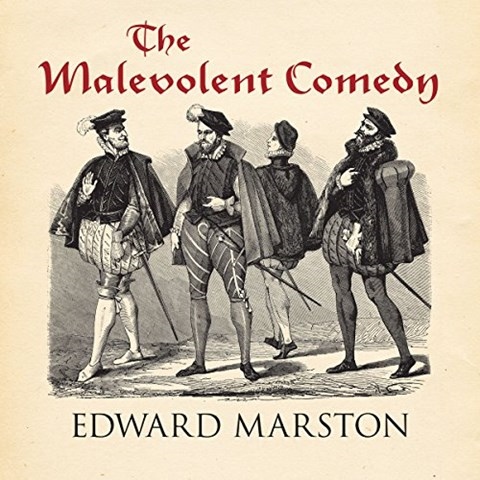 Narrator David Thorpe shines with this expansive story and its huge cast of fascinating characters. Theater attendance is dropping, so Lord Westfield's troupe is pleased to obtain a script titled "Malevolent Comedy" from new playwright Saul Hibbert. It's painful to hear the actors' enthusiasm turn to horror when Hal Bridges drops dead onstage. Thorpe is affecting when Nicholas Bracewell swings into action to find out what happened. Listeners will appreciate realistic renderings of the players' witty and sarcastic quips, and his portrayal of Margery Firethorn, who punishes her husband when he dismisses the beloved Bracewell. Thorpe's best creation is Hibbert, whose outsized ego is demonstrated by his every word. During the search for the murderer, diverse accents and lively glimpses of 1500s England add to the listening pleasure. S.G.B. Â© AudioFile 2019, Portland, Maine [Published: JANUARY 2019]