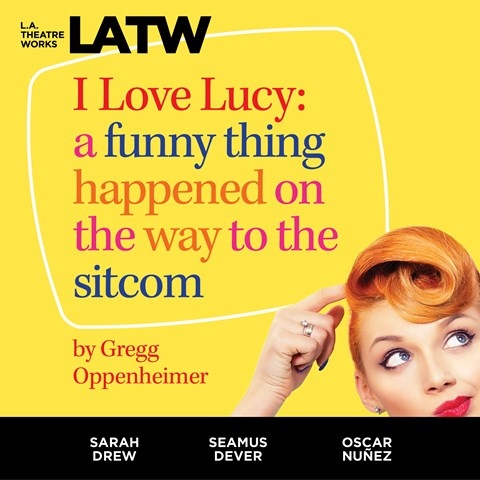 It’s the sounds that bring the memories flooding back. The ubiquitous Latin rhythms of the “I Love Lucy” theme song. The staccato dialogue and fine sound design that mimic the feel of the early 1950s. And, especially, the marvelous performances of Oscar Nuñez and Sarah Drew, who capture every nuance of Desi and Lucy’s voices. It’s late 1949, and radio and film star Lucille Ball is looking for the right show with which to break into the newfangled world of television with her real-life husband, successful bandleader Desi Arnaz. There are some bumps in the road, but the pair end up creating a template for practically every television situation comedy to come. Written by the son of the show’s creator, this play is full of bright nostalgia and insider insights. B.P. © AudioFile 2018, Portland, Maine [Published: DECEMBER 2018]