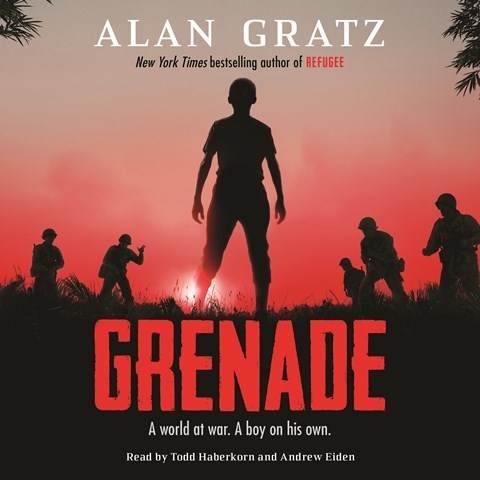 It's WWII in the Pacific. Japanese student Hideki Kaneshiro, portrayed by narrator Todd Haberkorn, is afraid of the approaching Americans and unsure of the directions given to his brigade by the lieutenant: Use the two grenades given to him to kill as many Americans as they can and then kill themselves. Ray Majors, portrayed by Andrew Eiden, is a young Marine on a ship approaching Okinawa who doesn't know what to expect, but he's worried: He's been told that Okinawans are as dangerous as the Japanese. As Ray and Hideki come closer to meeting, Eiden and Haberkorn excel at voicing the two young men's increasing weariness and wariness as they learn about the futility and horrors of war in a gripping and surprising story of survival. E.J.F. © AudioFile 2018, Portland, Maine [Published: NOVEMBER 2018]