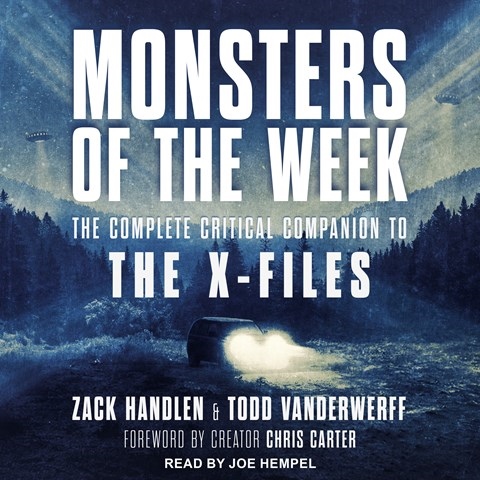 These "X-Files" audio recaps adapted from the A.V. Club are aimed at newcomers, but longtime fans may find themselves reliving a few favorite scenes or episodes. As they recap each episode or movie, authors Zack Handlen and Todd VanDerWerff weave in their own opinions along with interviews with people involved in the productions, such as creator Chris Carter and actor Robert Patrick. Narrator Joe Hempel strikes an agreeable tone, but listeners may wish the audiobook had gone further, using two narrators to differentiate between the two authors. Also, an overview highlighting the authors' favorite episodes would likely help newcomers. The critiques sometimes seem repetitive, especially the discussions of early seasons, but hearing more than 200 recaps provides a sense of a TV classic's evolution. J.A.S. © AudioFile 2018, Portland, Maine [Published: DECEMBER 2018]