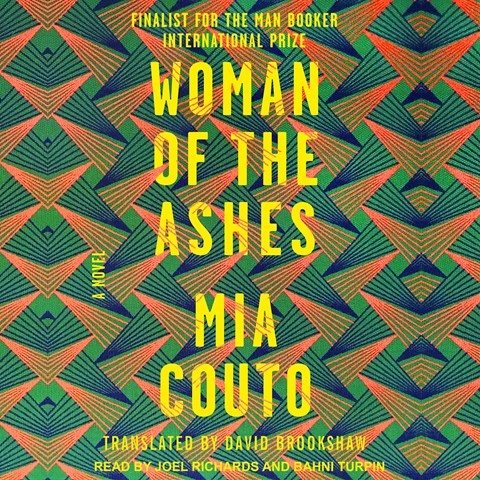 WOMAN OF THE ASHES Sands of the Emperor, Book 1

Fans of world literature will fall headlong into this reimagining of the fight to keep southern Mozambique free of colonialism in the late nineteenth century. The pair of talented narrators work together to create the personas of Emperor Ngungunyane and teenage Imani. Bahni Turpin gives the teenager a steely voice that follows her through the tumult of the Portuguese invasion. Her chapters alternate with those performed by Joel Richards, who portrays Sergeant Germano de Melo. Listeners are treated to a rich historical tapestry most may know little about. Richards lends a slight accent to the Portuguese military man, which creates a nice contrast to the feminine Imani, who serves as his translator. The two are thrown together by fate, and their loyalties are tested--will they choose love or country? M.R. Winner of AudioFile Earphones Award © AudioFile 2018, Portland, Maine [Published: OCTOBER 2018]