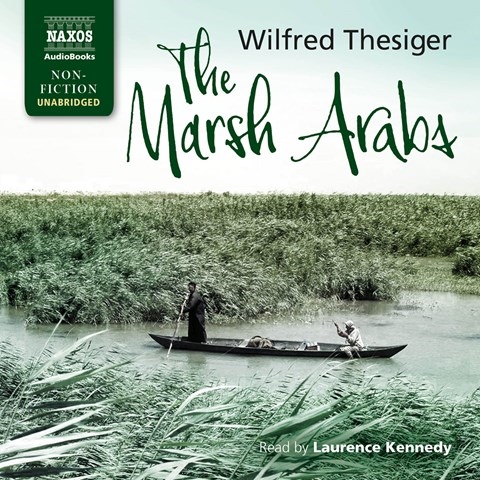 Laurence Kennedy brings appropriate vigor and briskness to the narration of Thesiger's classic account of living with Arab tribes in southern Iraq in the 1950s. The account is spare, quick moving, and unsentimental. Kennedy's deep voice, crisp enunciation, and British accent are engaging, and he renders the sense of the text naturally and unaffectedly while imbuing it with quiet drama and a sense of Thesiger's intrepidity, openness, and humanity. Most of the Arabs come and go too frequently for Kennedy to assign them individual character traits, but he uses gruffness and/or the slightly formal tone of the non-native English speaker to indicate their speech, which works well. Thesiger's unique record of this vanished culture is well served by Kennedy's smart, deft performance. W.M. Â© AudioFile 2019, Portland, Maine [Published: MARCH 2019]