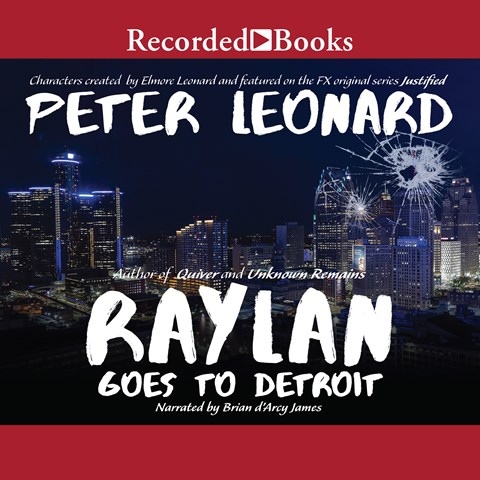 Brian D'Arcy James narrates Deputy U.S. Marshal Raylan Givens's thrilling return at the hands of Elmore Leonard's son, Peter. Raylan, the feature character of TV's "Justified," winds up on his superiors' bad sides and is given a choice: retire or join a Detroit-based fugitive task force. The task force chases an elusive fugitive across the country into Mexico, leaving Raylan legally unable to follow. James delivers vivid and distinct character voices, all but disappearing into the story himself. He captures the inflections and rhythms of diverse characters such as the Appalachian criminals. The story itself doesn't quite live up to those of the previous books or the hit television show, but James masterfully elevates it with dramatic pacing and a captivating tone. J.M.M. © AudioFile 2018, Portland, Maine [Published: OCTOBER 2018]