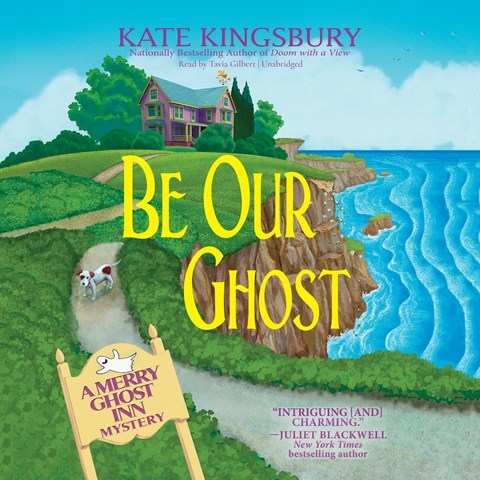 Listeners become guests at the Merry Ghost Inn through the narration of Tavia Gilbert. Melanie and her grandmother, Liza Harris, team up to run this B&B, which has its own laughing ghost, voiced convincingly by Gilbert. When a local developer tries to build an arcade in the coastal Oregon town of Sully's Landing, he is murdered, and the members of the development commission become suspects. Liza gets involved when her friend Doug is accused of the murder. Gilbert gives a strong performance of each character, especially Liza, who has a British accent influenced by years of living in America. Gilbert also does a fine job of playing up the romantic tension between Melanie and Officer Ben Carter. V.M.G. © AudioFile 2018, Portland, Maine [Published: NOVEMBER 2018]