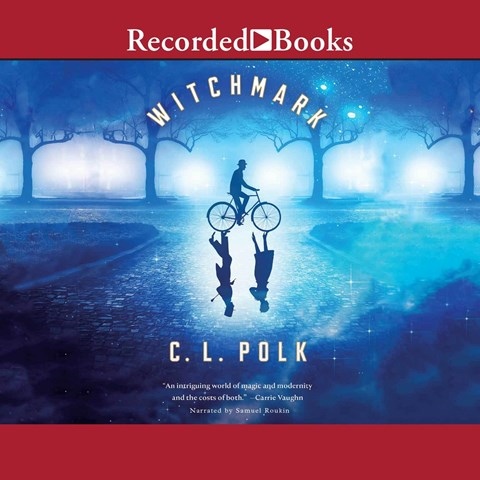 Samuel Roukin narrates a charming fantasy that also features intrigue and a hint of romance. Miles Singer works at Beauregard Veterans' Hospital as a doctor, but his true identity is altogether different. Roukin creates an entirely sympathetic portrait of Miles: He is overworked, underappreciated, and desperately afraid of his true nature being found out, but the most important thing to him is the well-being of his patients. Roukin highlights this earnestness, making it the key feature of his characterization. Similarly, Miles's sister, Grace, is brash yet unsure of herself, and all too aware of her precarious position in society--all of which come through in Roukin's portrayal. These assets, along with fully developed secondary characters and a rich setting, will leave listeners eager for a sequel. K.M.P. Winner of AudioFile Earphones Award Â© AudioFile 2018, Portland, Maine [Published: OCTOBER 2018]