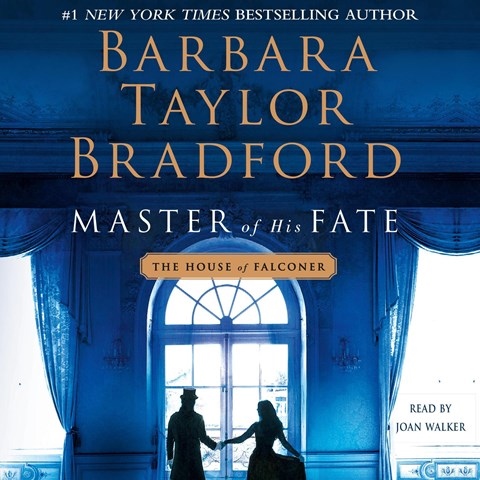 MASTER OF HIS FATE The House of Falconer, Book 1

Joan Walker's narration is memorable in this first of the House of Falconer series. At 14, James Falconer knows he wants to be more than a struggling merchant in Victorian England. He intends to found a mercantile empire. When he catches the attention of Henry Malvern, a shipping tycoon, his career begins its upward climb. Henry's daughter, Alexis, leads a charmed life--until she doesn't. Walker treads lightly on the heavily detailed, lush, and gilded descriptions. She develops substantial characters and makes even overwrought moments sound convincing. The villainous characters are villainous, while the ethical characters can be counted on to perform admirably. Since this is the introductory installment, expect incidents to be mentioned but not resolved. Perhaps they will be in the next Falconer episode? S.J.H. © AudioFile 2019, Portland, Maine [Published: MARCH 2019]