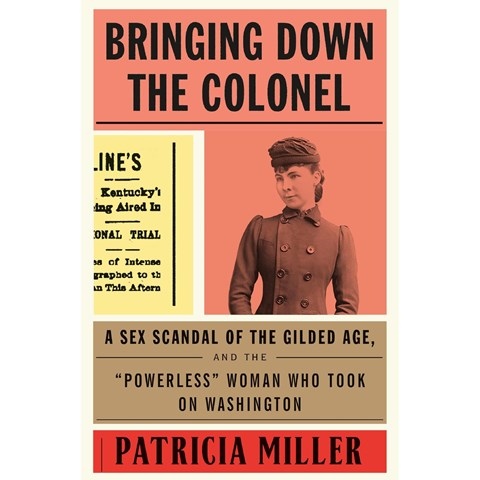 BRINGING DOWN THE COLONEL A Sex Scandal of the Gilded Age, and the "Powerless" Woman Who Took On Washington

Narrator Christina Delaine delivers this true story in a steady, engaged voice. In the late nineteenth century, society held fast to a double standard in sexual matters between women and men. Americans believed that God intended women to be the guardians of virtue; men were excused from corrupting that virtue. That idea began to change when Madeline Pollard won a breach-of-promise suit against a famous Kentucky congressman with whom she had had a relationship that left her a "ruined woman." Delaine presents the documentary evidence, such as letters and newspaper accounts, dispassionately and maintains an overall evenhanded presentation while still creating suspense when the verdict is delivered. J.E.M. © AudioFile 2019, Portland, Maine [Published: FEBRUARY 2019]