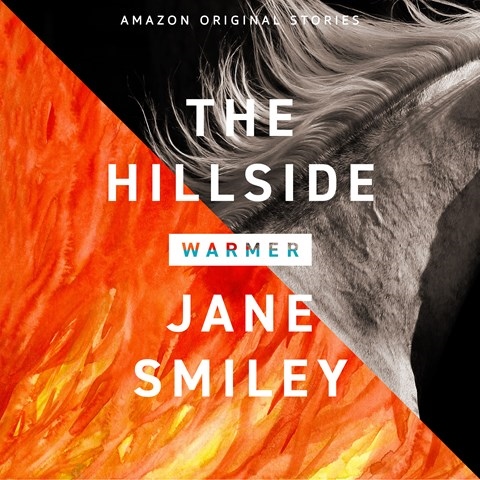 With a steady, even voice than adds to this story's fable-like quality, narrator Bahni Turpin tells of an unspecified time after humans have devastated the earth. Animals are now in charge and are debating the future of the humans they hold responsible--and captive. This solid contribution by Pulitzer Prize-winning author Jane Smiley to the climate fiction series Warmer is told from the perspective of the young mare High Note, who, in her role as a guard, finds herself drawn to a girl nicknamed Plucky. Through her eyes we see the fate of Plucky and the other humans unfold. While the majority of the story is narrative, Turpin does select convincing voices for the animals and humans who do speak. K.W. © AudioFile 2019, Portland, Maine [Published: JANUARY 2019]