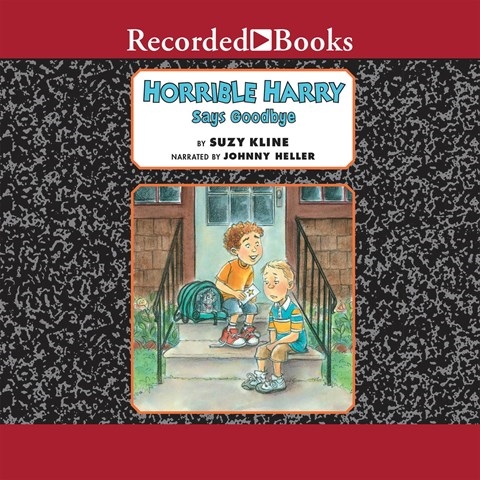 Narrator Johnny Heller exuberantly portrays Harry, Doug, their friends, and their teachers in this 30th anniversary finale. Heller captures Doug's excitement at the end of third grade, while Harry sounds unusually subdued. Things are clarified when Harry announces his family is moving. Listeners will join Doug as he "tours" Harry's bedroom, revisiting the elements of earlier stories, such as the fake cigars used when they played the smoking Three Wise Men. Heller genuinely depicts friends--many international--as they express their dismay at losing Harry. Kids will be delighted when Doug meets Harry's new neighbor, who's eager to join the group. Heller warmly quotes author Suzy Kline, who is also a teacher, as she reveals that the character Harry is a compendium of her pupils. S.G.B. © AudioFile 2019, Portland, Maine [Published: JANUARY 2019]