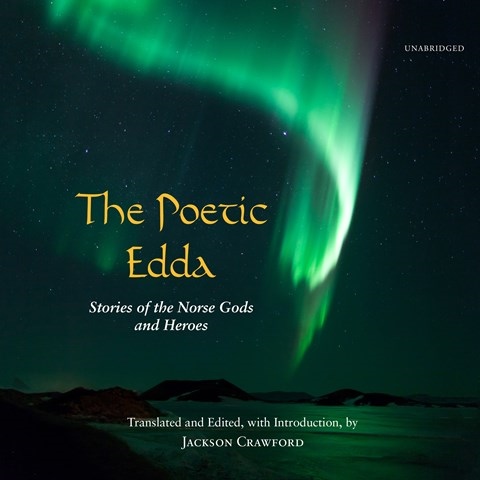 THE POETIC EDDA Stories of the Norse Gods and Heroes

If you have an interest in classic Norse literature, this audiobook is required listening. If all you know about the Norse gods comes from Marvel, it will be a revelation. Jackson Crawford, who translated, introduces, and reads the text, also brings a knowledge of correct pronunciation, which will be unfamiliar to most. As a bonus, he translates one of the poems into "cowboy-style" English. The general introduction and the introductions to the individual poems are clear and informative as they locate the works in a mythos that is unfamiliar to many. One might wish that the readings were a little more passionate, to match the poems, but that's a minor issue. D.M.H. © AudioFile 2018, Portland, Maine [Published: DECEMBER 2018]