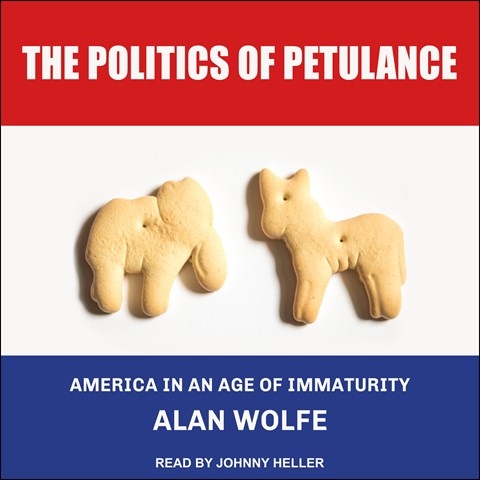 THE POLITICS OF PETULANCE America in an Age of Immaturity

Wolfe argues that politics as dominated by the demagogues of today resembles the intellectual and cultural battles that took place in the mid-twentieth century. Narrator Johnny Heller's raspy voice has the right draw for listeners because he comes across with authority. The edge in his tone captures the author's conviction and works well with the sometimes searing critiques that Wolfe offers. By exploring the ideas of thinkers like Richard Hofstadter, Reinhold Niebuhr, and other Cold War liberal responders to the right-wing extremism of the time, he shows how to improve political discourse and, if not solve the problems we face, at least have a more meaningful and sophisticated discussion. L.E. © AudioFile 2019, Portland, Maine [Published: JANUARY 2019]