Home»Reviews»IN OUR MAD AND FURIOUS CITY 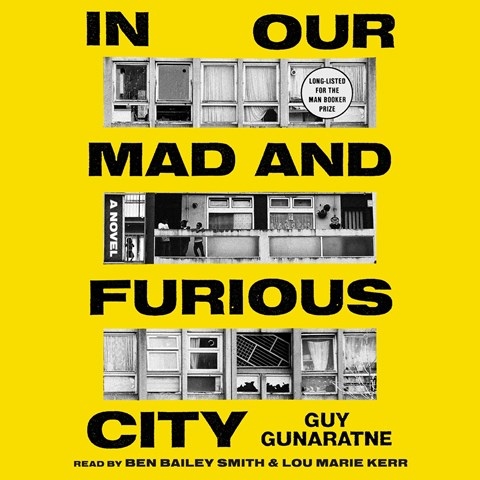 IN OUR MAD AND FURIOUS CITY

Narrators Ben Bailey Smith and Lou Marie Kerr expertly intertwine multiple first-person points of view in this gritty debut audiobook about life and conflict in London, a city "that doesn't love you back." Characters from various class, religious, and ethnic backgrounds cross paths over a 48-hour period when racial tensions in the city are running high. Bailey Smith handles the majority of the characters, including Selvon, Arden, and Yusef. Though they live in the same project, each has a distinct history. Kerr gives voice to an Irish woman transplanted to London who is under the threat of violence back home. Bailey Smith and Kerr bring these characters fully to life. Listeners unfamiliar with the dialects--Irish, Jamaican, and British among them--will be especially buoyed by the power of the performances. S.P.C. Winner of AudioFile Earphones Award © AudioFile 2019, Portland, Maine [Published: JANUARY 2019]