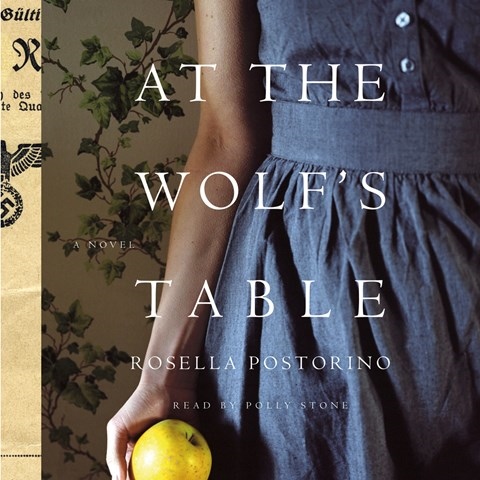 AT THE WOLF'S TABLE

Narrator Polly Stone gives us a believable depiction of Rosa Sauer, a young German woman who is conscripted to be one of Hitler's 10 food tasters at his clandestine headquarters, Wolfsschanze, or Wolf's Lair, in east Prussia. Stone's Rosa recalls her life during and after the war using a voice that sounds constricted, like a boot is crushing her chest. In a unique accent, Stone captures the moods of the story--self-recrimination, self-pity, and despair. Rosa has a husband on the Eastern Front, a lover who is an SS officer, and a few friends among the other tasters, but most of the audiobook takes place in her head. The story is compelling, and the performance memorable. D.L.G. © AudioFile 2018, Portland, Maine [Published: DECEMBER 2018]