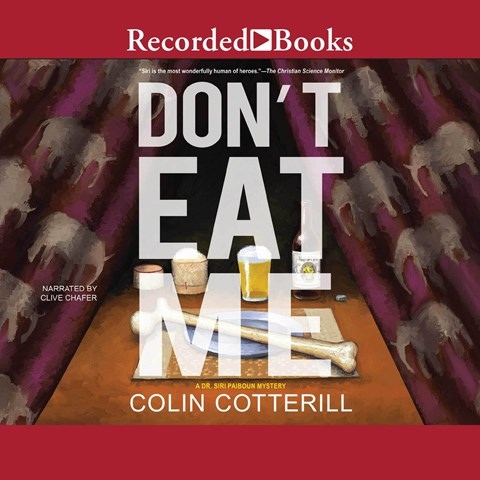 Clive Chafer delivers his usual excellent performance in the thirteenth installment of Cotterill's addictive detective series featuring Dr. Siri Paiboun. It's a subtle, amusing, unhurried performance of a subtle, amusing, unhurried series set in Communist Laos in the 1970s and '80s. This one starts with Dr. Siri and a friend rowing across the Mekong River with a contraband movie camera. Then there's the fresh skeleton discovered beneath the one working street light in Vientiane's central square. Plus, an evil black market. So much to do for Siri, policeman Phosy, and other assorted compatriots, including a couple who have Down syndrome. All are portrayed with understated yet distinct characterization--including Siri's testy personal demon. For this is Laos, after all. A.C.S. © AudioFile 2019, Portland, Maine [Published: FEBRUARY 2019]