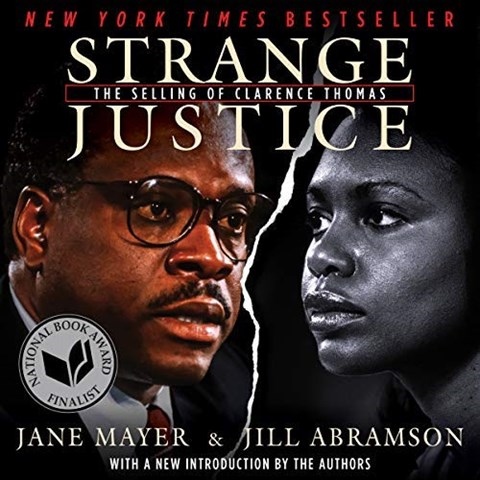 Narrator Erin Bennett is the steely voice explaining how much evidence was ignored in the confirmation hearings of Supreme Court nominee Clarence Thomas in 1991. She does not shirk while describing the explicit nature of the allegations against Thomas, which are now far ranging--from discussions of pornographic viewing habits in the office to sexual harassment allegations and the growing list of women who have accused him of inappropriate touching. Bennett's precision helps listeners keep track of the authors' extensive research, beginning with the trial and then with the years and mounting evidence since then. M.R. © AudioFile 2018, Portland, Maine [Published: DECEMBER 2018]