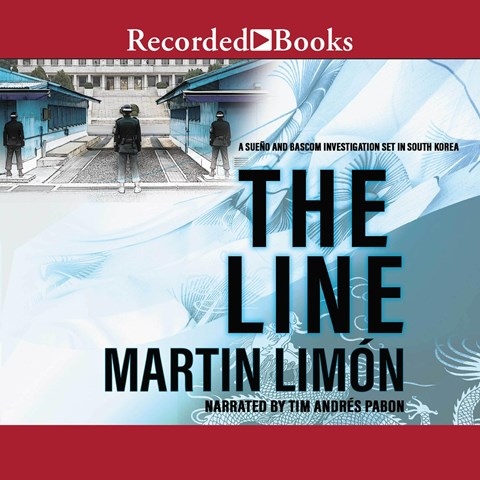 A divided Korea is the 1970s backdrop of this well-written audiobook, narrated by Timothy Andrés Pabon. Army Criminal Investigation Division agents George Sueño and Ernie Bascom are trying to to solve the murder of a South Korean soldier near the border between North and South Korea. High-ranking officers will accept a wrongful conviction if that means avoiding a confrontation with the North. Key to the book is the relationship between Sueño and Bascom, which Pabon captures nicely. The story is told through the thoughtful, low-key Sueño. Bascom carries a bit of a drawl, and secondary characters speak with the variety of accents that might be found in a mixed bag of Americans and Koreans. The investigators are close, complementary colleagues, and that comes through in the telling. G.S. © AudioFile 2019, Portland, Maine [Published: JANUARY 2019]