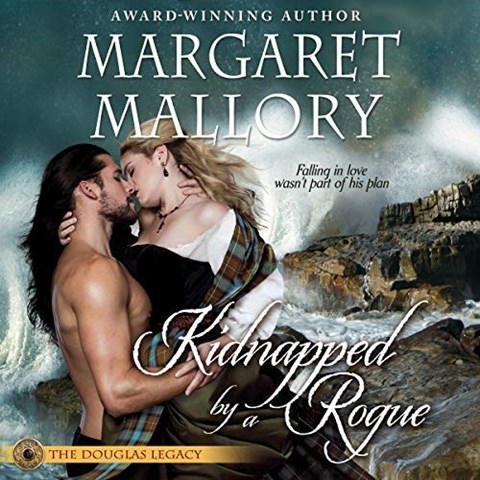 KIDNAPPED BY A ROGUE The Douglas Legacy, Book 3

Narrator Derek Perkins gives a steady performance that draws out the tension and anticipation in this historical romance set in Scotland. After Lady Margaret's arranged marriage falls apart, she never wants to wed again--nevertheless, her family's machinations to gain power involve a second marriage for her. So when Highlander Finn declares he's kidnapping her for ransom, she doesn't resist. But when they have to pretend to be married, their increasing desire for each other may not be enough to heal either of their hearts. Perkins's ability to create tonal distinction among the characters' Scottish brogues is particularly impressive, and while some listeners may not connect with his female voices, his overall delivery is compelling. Slight tonal changes up the ante as Perkins leads listeners to the story's climax without ever raising his voice. A.L. © AudioFile 2019, Portland, Maine [Published: JULY 2019]