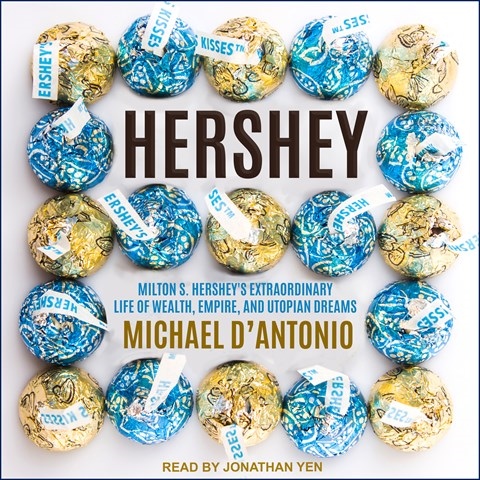 Narrator Jonathan Yen's voice takes listeners to a place where "the air smells like sweet cocoa." This biography tells the story of Milton S. Hershey's life as well as the birth and growth of his famous chocolate company, the town named after him, and the progressive ideas of an earlier era. Hershey, Pennsylvania, was created from Hershey's vision of a utopia, a vision that was widely disseminated by journalists. Yen sounds a bit like a pitchman as he goes back in time to describe the efficient new chocolate plant, which survived its owner's sugar speculation and the Great Depression. While Yen gives the quotes the sound of real conversation, there's just a hint of sarcasm in his voice as he describes Hershey's vision of utopia. J.A.S. © AudioFile 2019, Portland, Maine [Published: FEBRUARY 2019]