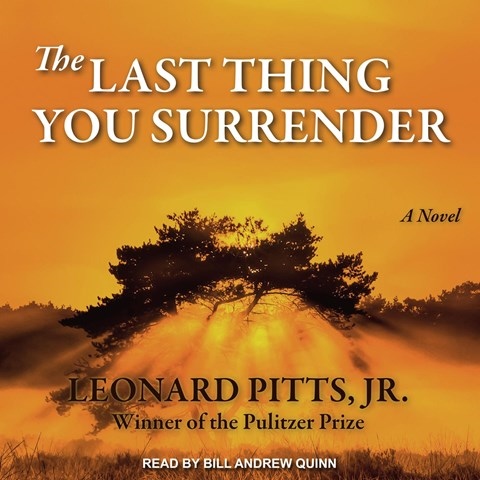 THE LAST THING YOU SURRENDER

This audiobook tells a story of the racism that existed in the American military during WWII and reflects on our nation during this period. George Simon, an affluent white Marine from the Deep South who survives the bombing of Pearl Harbor and internment in a Japanese P.O.W. camp, is forever changed by his experiences with blacks during the war. Bill Andrew Quin presents the new views that set Simon apart from his military peers and later from his family and his fiancée. Not only does he view her with new eyes, but he realizes that the oppression endured by African-Americans is unjust and unnecessary. Quinn's voice pulls the listener in and modulates among the characters. The listener can draw hope from Simon's psychic journey. B.T.D. © AudioFile 2019, Portland, Maine [Published: FEBRUARY 2019]