Home»Reviews»STORIES OF WOMEN IN THE MIDDLE AGES 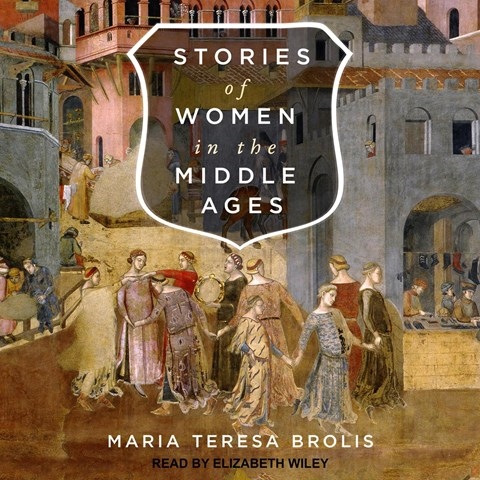 STORIES OF WOMEN IN THE MIDDLE AGES

Narrator Elizabeth Wiley transforms the English-language version of Italian historian Maria Teresa Brolis's medieval biographies into an engaging audiobook production centered on the lives of 16 women. Brolis's extensive scholarship draws from archives in Bergamo, Italy, to portray women of varying occupations and social class. Wiley distinguishes between quoted legal documents, wills, and other primary source material to illuminate the experiences of ordinary European citizens alongside luminaries such as the German Benedictine abbess Hildegard of Bingen and Joan of Arc. Fascinating figures emerge among the lesser known women, including an adventurous Florentine nun and a defiant purveyor of medicinal remedies. While this work does not contain revelatory information for listeners with a keen appreciation of the Middle Ages, Brolis's engaging writing style pairs well with Wiley's attuned narration for a tantalizing introduction. J.R.T. © AudioFile 2019, Portland, Maine [Published: MARCH 2019]