Home»Reviews»THE VERY MARROW OF OUR BONES 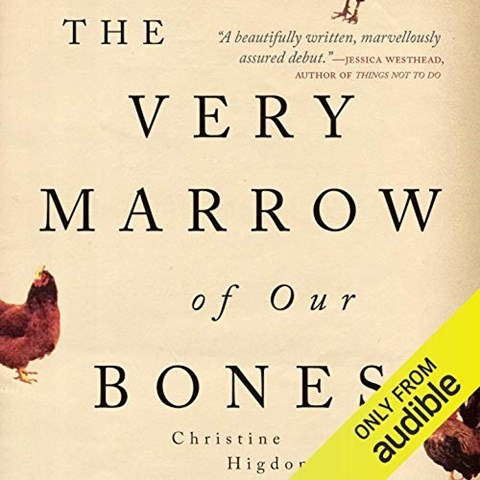 THE VERY MARROW OF OUR BONES

Narrator Allison Riley brings vibrancy and gravitas to the intertwining stories of a girl abandoned by her mother and a mute egg seller who hears the secrets of all those who buy from her. In a tiny town in Canada, two middle-aged women go missing in the middle of the night, bringing chaos to the inhabitants. Years later, most expect that the women are dead, but Lulu Parsons holds a goodbye note from her mother and has long suspected that her mother is alive. Riley adeptly conveys the jaded voice of an abandoned child who is a survivor of abuse and just as easily switches to the optimistic thoughts of a mute woman who knows the good and bad in her neighbors. V.B. © AudioFile 2019, Portland, Maine [Published: JANUARY 2019]