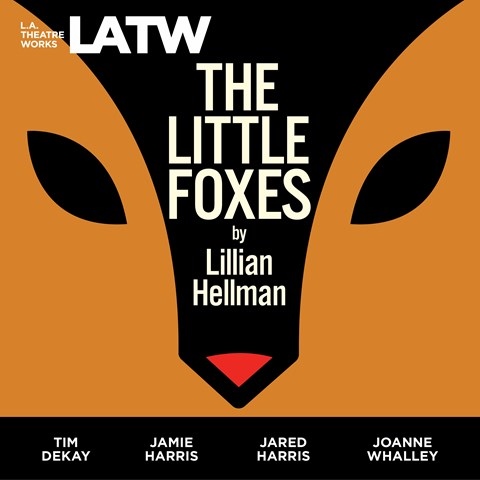 In this darkly comic 1939 Broadway classic, film and television veterans Joanne Whalley, Heidi Dippold, and Molly C. Quinn take center stage--an opportunity actresses didn't often find in mid-twentieth-century American theater. It's 1900 in the heart of Dixie, and two brothers are plotting to build a cotton mill with $75,000 "borrowed" from the family. Their sister, played with devious glee by Joanne Whalley, gets wind of their scheme and, against her sister-in-law's and daughter's better natures, profits by turning the brothers' plans against them. All the narrators sport dead-on Southern accents. A piercing examination of the Old South that proves a woman can be just as devilish and greedy as any man. Fine performances all around. B.P. © AudioFile 2019, Portland, Maine [Published: APRIL 2019]