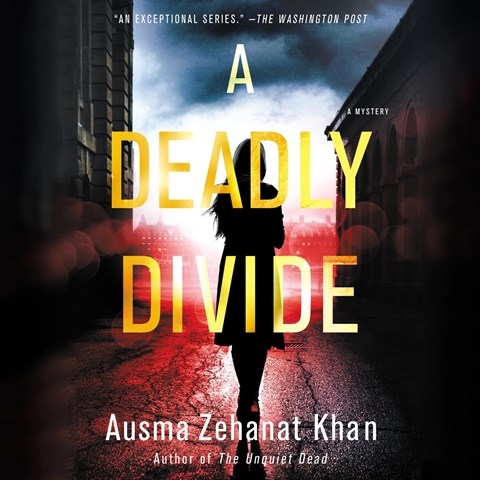 Narrator Peter Ganim dramatizes the ethnic and religious tensions at the heart of this crime novel set in Quebec. In a baritone voice, he recounts the danger and dilemmas facing the police after an attack at a local mosque. He portrays both male and female characters equally well as the story moves between detectives Rachel Getty and Esa Khattak. Ganim credibly delivers the French words scattered throughout the novel and produces believable French-accented English for the many minor characters. His narration moves the story between dialogue, action, and long passages from online commentators who debate the issues at the heart of the novel on social media. M.R. © AudioFile 2019, Portland, Maine [Published: FEBRUARY 2019]