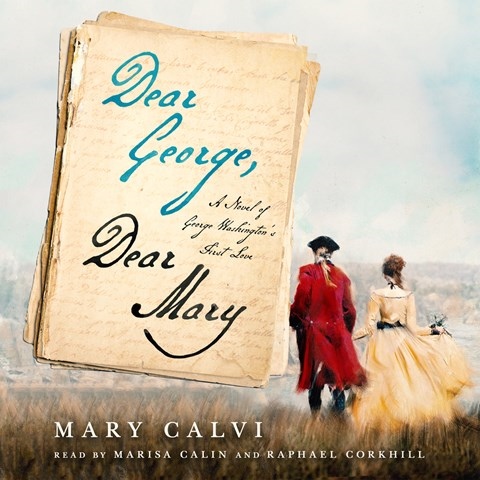 Audiobook listeners can travel back to the eighteenth century and hear a youthful George Washington recount British military blunders. Later, they hear a romantic Washington's frustration over being kept apart from his first love, Mary Eliza Philpse, the belle of Yonkers. Narrator Raphael Corkhill captures the essence of Washington--his sense of honor, his dignity, his intelligence, and his commitment to his ideals and to the young lady sequestered in her mansion in New York. Corkhill's accent is slightly British, his voice clear and pleasing. Mary's narrative is performed by Marisa Calin, who uses a high-pitched girlish voice for the naïve Mary. The dialogue is flowery, even stilted at times, but the narrators make the characters wholly believable. D.L.G. Winner of AudioFile Earphones Award © AudioFile 2019, Portland, Maine [Published: APRIL 2019]