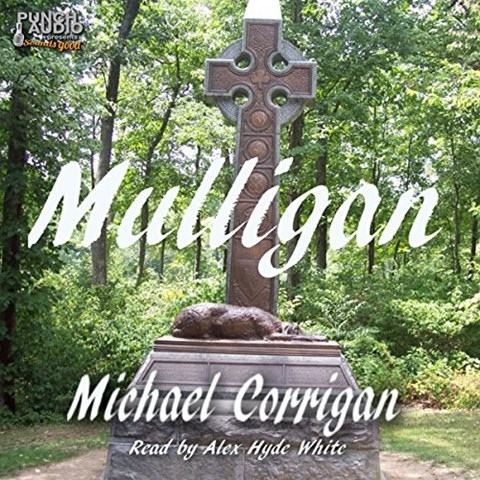 Narrator and character actor Alex Hyde-White lends an easy middle-American voice to this wandering adventure of an Irish gypsy lad who flees the 1840s potato famine. Adventures follow when he finds himself performing theater in gold rush-era San Francisco, wrangling horses for the Union Army on the bloody fields of Gettysburg, and predicting disaster at the 1876 Battle of the Little Bighorn. Along the way, he bumps into historic characters such as actor Edwin Booth, Confederate general J.E.B. Stuart, and poet Walt Whitman. Imagine a nineteenth-century Forrest Gump. Hyde-White sticks to simply telling the tale and does a nice job keeping the dozens of characters and their Southern, English, Irish, and Native American accents understandable and uncluttered. Listeners may find some outdated attitudes historically accurate but offensive. B.P. © AudioFile 2019, Portland, Maine [Published: JANUARY 2019]