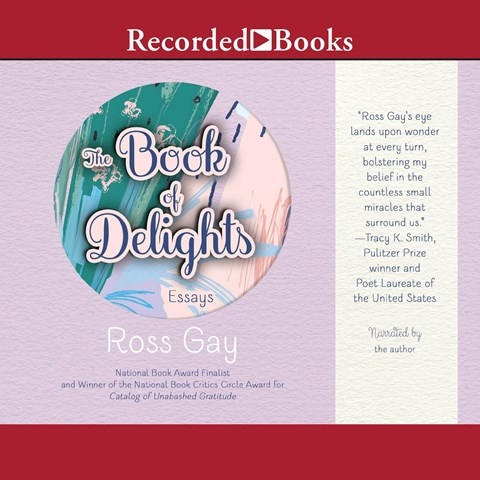 THE BOOK OF DELIGHTS Essays

After receiving acclaim and two literary awards for his poetry book CATALOG OF UNABASHED GRATITUDE, Ross Gay continues to share his talent in this enlightening audiobook of essays, which he narrates himself. The audiobook consists of Gay's observations on his life over a period of one year. Both his writing and narration are humorous, fluid, playful, and, at times, quite serious. And, since this is his story, the audiobook is especially powerful as delivered in his own voice. Listening is like hanging out with a silly, intuitive friend who spends his time observing the world and figuring out how humans interact with one another. Gay ruminates and ponders aloud endlessly. Even when speaking of suffering, he offers a perspective that is magically delightful. T.E.C. © AudioFile 2019, Portland, Maine [Published: MAY 2019]