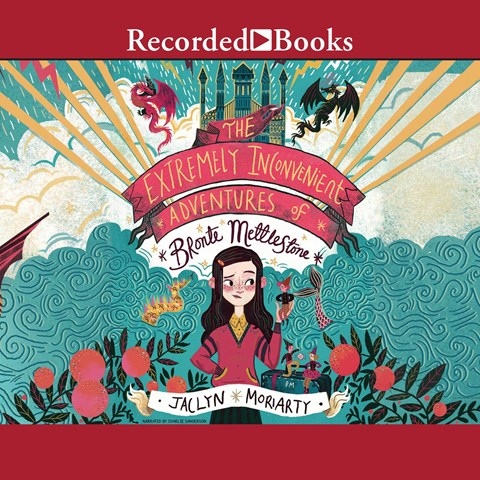 Narrator Charlie Sanderson will delight listeners as she tells the story of now 12-year-old Bronte Mettlestone. Two years earlier, Bronte learned that her parents had been killed by pirates. In order to receive her inheritance, she was instructed to give a gift to each of her 10 aunts and to complete important tasks along the way. As she carries out her quest, she eventually finds herself caught up in the age-old battle between the Spellbinders and the Whisperers. Sanderson seamlessly switches from one character to the next, establishing unique voices for each of the lively individuals Bronte meets on her adventure. Listeners will cheer on Bronte as she tries to find her place in a fantastical world of dueling magical powers. M.D. © AudioFile 2019, Portland, Maine [Published: OCTOBER 2019]