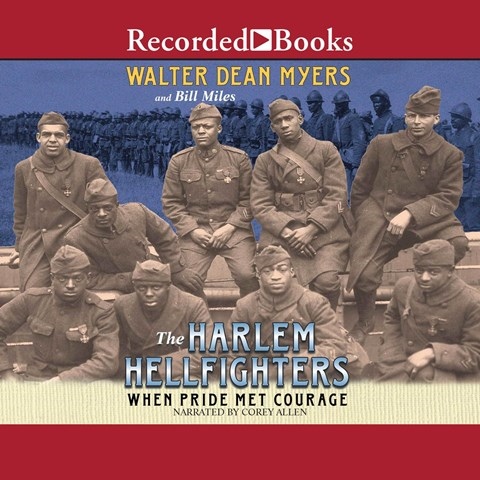 Narrator Corey Allen captures the author's poignant picture of the origins of the 369th Infantry Regiment, also known as the Harlem Hellfighters. His husky, measured tones bring the listener into the world of African-American soldiers in the midst of WWI as they fought for the right just to join the Army and serve their country. The thoroughly detailed story includes a brief history of African-Americans in combat, the causes and early tactics of the First World War, and the Battle of Meuse-Argonne. Allen's assured narration keeps the listener from getting lost amid the specifics while the experiences of these particular American soldiers remain front and center. The sidebars to the main story add depth with information about military training and the aftermath of the war. N.M. © AudioFile 2019, Portland, Maine [Published: MAY 2019]