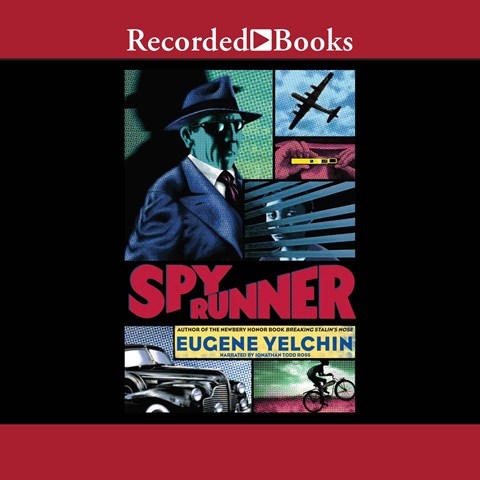 Narrator Jonathan Todd Ross perfectly portrays 12-year-old Jake, a young spy enthusiast who tasks himself with figuring out the mystery behind the Russian tenant who is living in the attic of his family home. It's the 1950s, when suspicion of Communists in the United States is running high. Ross creates a spirited voice for Jake, which contrasts with the gruff voices of the adult espionage characters and their matter-of-fact tones. Listeners will be transported to an era of Cold War tension and high-stakes spycraft, and will be be eager to join Jake as he discovers the truth behind the new visitor and his father, who has been missing in action since WWII. M.D. © AudioFile 2019, Portland, Maine [Published: APRIL 2019]