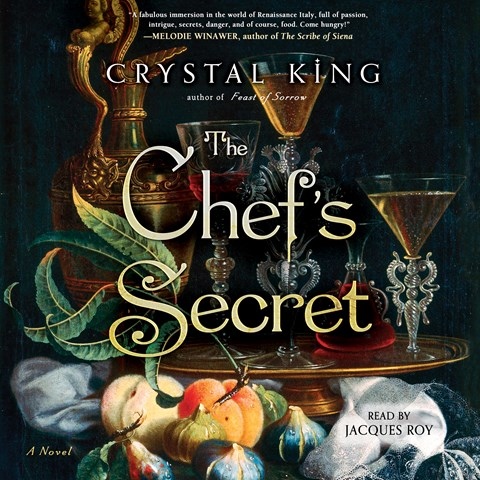 Listeners will be magically transported to sixteenth-century Italy by Jacques Roy's charming narration of this intriguing historical novel. The real-life Bartolomeo Scappi was an acclaimed chef and cookbook author who served several popes and cardinals. After Scappi's death in 1577, his nephew and apprentice, Giovanni, is given keys to two strongboxes, the contents of which set Giovanni on a mission to uncover the circumstances of Scappi's earlier life. Roy effortlessly transitions between time periods, and between English and Italian words. Distinct, textured voices are adeptly created for family members, subordinate workers, and the romantic partners of Scappi and Giovanni. Food aficionados will marvel at the elaborate descriptions of food preparation and banquet meals in this fast-moving and well-researched listen. M.J. © AudioFile 2019, Portland, Maine [Published: MARCH 2019]