Home»Reviews»THE PAST AND OTHER THINGS THAT SHOULD STAY BURIED 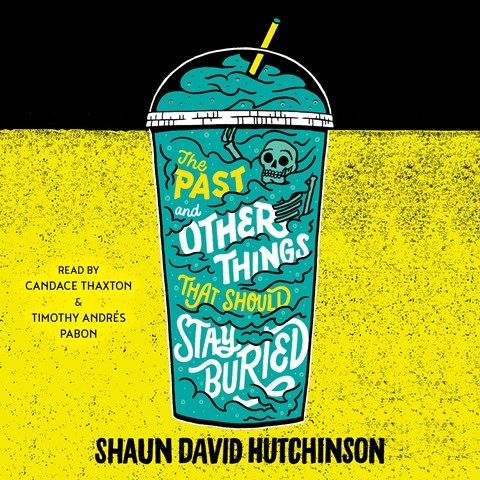 THE PAST AND OTHER THINGS THAT SHOULD STAY BURIED

Candace Thaxton and Timothy Andrés Pabon narrate an unusual story for teens. Dino's parents own a funeral home, so he's not uncomfortable around dead bodies, but he's not prepared for his late ex-best friend, July, to come back to life--sort of. Thaxton's voice is not quite believable as a teenage girl's, but she makes up for it with an appropriately cynical tone, and she brings July's vibrant personality to the forefront. Pabon is better as Dino, though his narration at times sounds a bit rushed. This wonderful exploration of friendship and how its meaning can change and evolve is not for those with a weak stomach. The graphic descriptions of body decomposition seem more vivid on audio than they would be in print. H.C. © AudioFile 2019, Portland, Maine [Published: MARCH 2019]