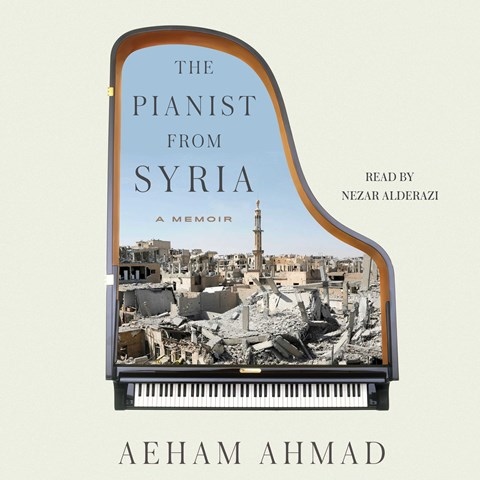 THE PIANIST FROM SYRIA A Memoir

It's not often an audiobook alters your worldview, but this story makes the disaster in Syria vivid and human in a way that headlines never could. Ahmad is a Palestinian growing up in Yarmouk, an "unofficial" Damascus refugee camp where his blind violinist father moves heaven and earth to enable him to become a musician. When, with Yarmouk in rubble and starving under Isis siege, Ahmad begins playing an acoustic piano on the streets and posting the videos on social media, a riveting personal story unexpectedly becomes global. Nezar Alderazi is perfectly cast, his voice warm and trustworthy, his Arabic convincing. He makes you feel that Ahmad is with you, telling you his astonishing story as if he'd never told it to anyone before. Unforgettable. B.G. © AudioFile 2019, Portland, Maine [Published: APRIL 2019]