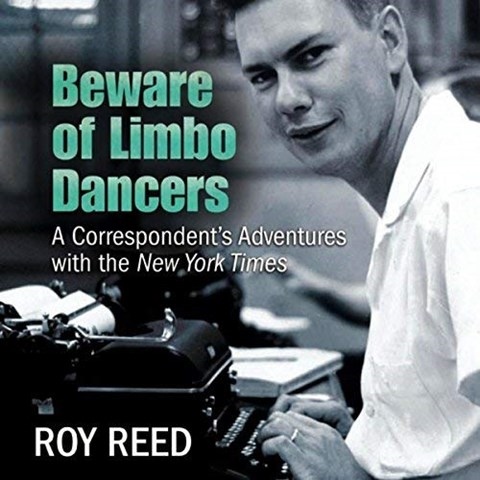 by Roy Reed | Read by Marlin May

Narrator Marlin May inhabits Arkansan Roy Reed in his memoir. A correspondent for the NEW YORK TIMES, he was in Selma on Bloody Sunday and shares his heartrending observations of police brutality toward the marchers. May humorously delivers Reed's comments that he had to learn "New York speak," while the TIMES staff had to master his Southern drawl. Listeners will gasp to hear Reed's outraged impressions of inequality such as firebombing victims being charged rather than the perpetrators. Reed's final years as a journalist in the Johnson White House are thrilling and a stark contrast to contemporary press briefings. Good-natured insider tidbits, along with cold, hard facts, make for pleasurable and worthwhile listening. S.G.B. © AudioFile 2019, Portland, Maine [Published: MARCH 2019]