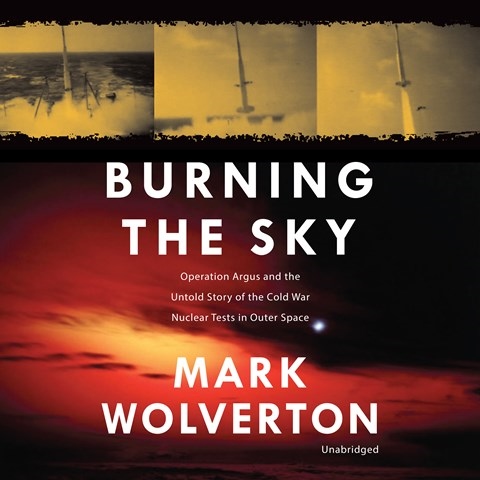 Imagine the plot of a great thriller: During the Cold War, the U.S. designs a secret plan to detonate nuclear bombs over Russia to nullify Soviet control of outer space. It would be a good one, right? According to this nonfiction audiobook, though, it was an actual plan--Operation Argus. Narrator Jon Lescault tells the true story in a straightforward manner, using his deep, authoritative voice to let the text speak for itself. Lescault varies his pitch to emphasize key events, but he doesn't attempt any character voices or move beyond a narrow vocal range. While the audiobook a fount of information, Lescault's reading misses some of the tension and intrigue involved in the story. R.I.G. © AudioFile 2019, Portland, Maine [Published: MAY 2019]