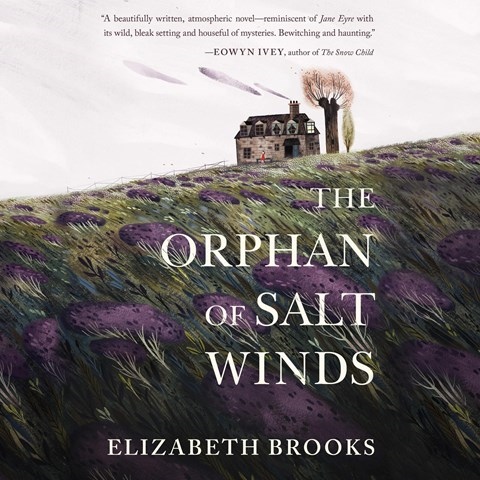 THE ORPHAN OF SALT WINDS

From the opening lines of this audiobook, listeners are transported to Salt Winds, a crumbling, secluded house on the edge of a marsh in England. The location becomes a character as narrator Helen Lloyd weaves the past and present of Virginia Wrathmell. The story begins in 2015, when elderly Virginia believes she has received a sign that tells her to take her own life in the marsh. The story flashes back to 1939, when the recently adopted 10-year-old first arrived at Salt Winds. From there, Lloyd takes listeners back and forth as the tragedies and mysteries surrounding Salt Winds unfold. Despite a pace that drags at times, Lloyd brings Brooks's descriptive writing to life. She makes certain the story's atmosphere is palpable as Virginia attempts to untangle her history and right past wrongs. K.S.M. © AudioFile 2019, Portland, Maine [Published: FEBRUARY 2019]