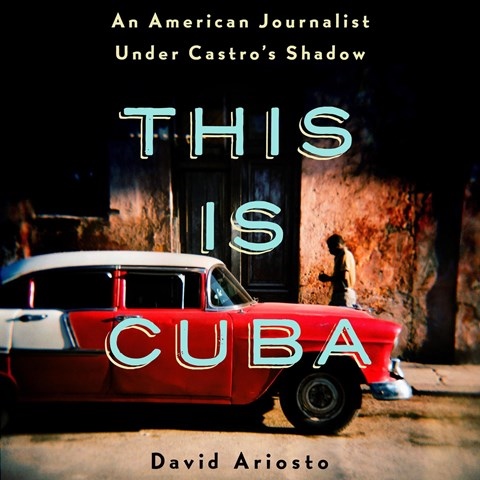 THIS IS CUBA An American Journalist Under Castro's Shadow

Author David Ariosto narrates his lucid, informative, and poignant report on the state of contemporary Cuba. Beginning in 2009, as a young CNN photojournalist on a two-year assignment in Havana, he found Cuba beautiful, idiosyncratic, and sometimes maddening. Ten years later, he provides a firsthand account of the transfer of power from Fidel Castro to his brother, Raul, and its effect on life there. His observations run the gamut from encounters with wild taxi drivers and an even wilder underground economy to an up-to-the-minute assessment of Cuba's continued battle to remain a political influence in South and Central America. There's a lightness and ease to Ariosto's delivery, especially when he's discussing Cuba's people and culture, because, very simply, he's not talking about an island--he's talking about his second home. B.P. © AudioFile 2019, Portland, Maine [Published: FEBRUARY 2019]