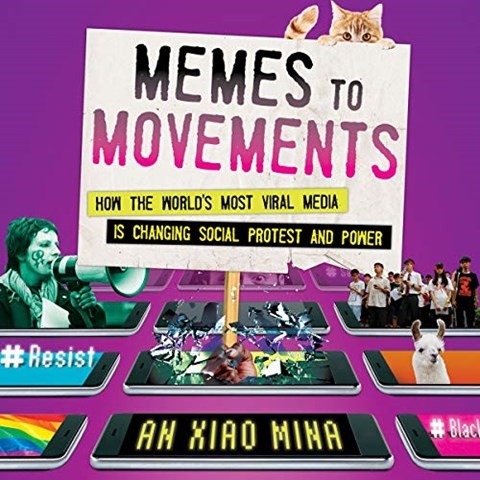 by An Xiao Mina | Read by Erin Bennett

This audiobook may leave listeners hopeful, concerned, and curious. Erin Bennett narrates American technologist Mina's discussion of how the digital world has created real-world movements from memes, hashtags, and online communities. Bennett's slightly nasally voice moves between the U.S. and China to show how resistance communities such as Black Lives Matter and the Umbrella Movement form online and leap into the real world. Bennett's intentional delivery relies too much on a deliberate tone instead of opening up her emotional range, making some quotes and passages sound flat. Nonetheless, Mina's discussion of the technological cat-and-mouse game between those resisting government or cultural power and those in control is a compelling conversation about the role of digital technology in the 21st century. L.E. © AudioFile 2019, Portland, Maine [Published: MARCH 2019]