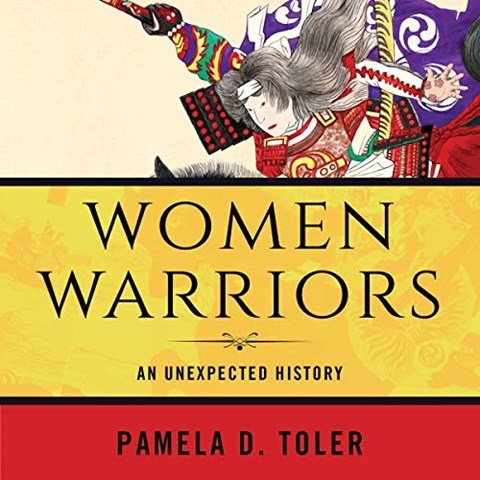 In this audiobook, Toler ranges through history to argue that women have always been warriors, countering biased male attempts to deny their role, now and in the past. The evidence is persuasive, but Toler belabors it, and narrator Rosemary Benson follows that tack assiduously, using an exasperated, admonitory, or waspish tone sometimes even when it's uncalled for. The acerbic tone is emphasized by Benson's voice. The program deserves praise for incorporating frequent footnotes (without bibliographic references) seamlessly and well. But Benson's narration works against the book by being too true to it, making it painfully clear that its point is not to inform, or even to persuade, but to rile up the listener. Those reluctant to be riled may find it tiresome. W.M. © AudioFile 2019, Portland, Maine [Published: OCTOBER 2019]