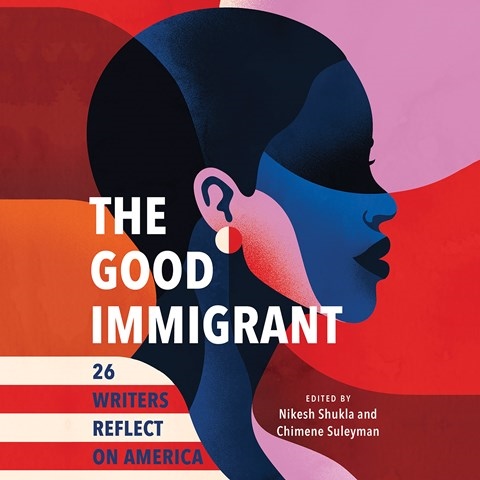 Essays of emotional depth and astutely communicated intellectual insight come to listeners almost entirely in the voices of the writers themselves. Familiar cultural commentators like Korean-American Alexander Chee, Haitian immigrant Jim St. Germain, and Pakistani-American Fatimah Ashgar are joined here by those who may be less well known: Eritrean-American hiker Rahawa Haile, Nigerian immigrant and literature professor Chigozie Obioma, and French-Algerian film director Yann Demange among them. Each essay reveals both American attitudes toward the world and the writer's personal experiences with moving between cultures. Pacing varies widely among the authors as they share their own work aloud, and some speak with accents that may strike ears attuned to American English as thick. However, part of the high value of this audiobook is the direct experience it provides with these voices. F.M.R.G. © AudioFile 2020, Portland, Maine [Published: JANUARY 2020]