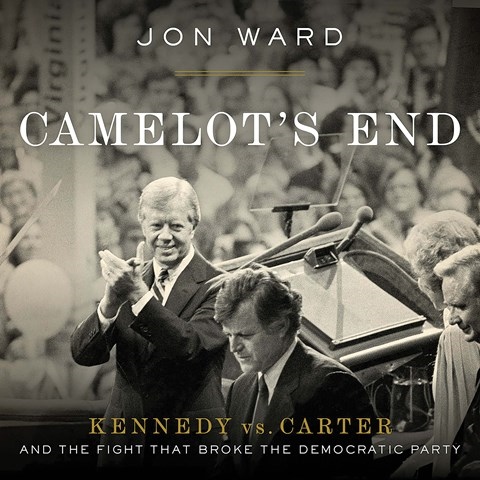 CAMELOT'S END Kennedy vs. Carter and the Fight that Broke the Democratic Party

This well-researched audiobook about the battle for the 1980 Democratic nomination for president delivers a surprisingly suspenseful story. Narrator John Pruden, with a voice that resembles that of an energetic newscaster, is well suited to this account of infighting between the last of the Kennedy brothers and the earnest peanut-farmer-turned-president. The story culminates at the August convention, where Teddy concedes the nomination to Jimmy Carter after a bitter campaign in which Kennedy had attempted to pry delegates out of their voting commitments. On November 4, Ronald Reagan wins the general election by an Electoral College landslide. An afterword about the two men's accomplishments later in life adds welcome perspective. Listeners will enjoy this wonderful portrait of two flawed but ultimately dedicated statesmen. L.W.S. © AudioFile 2019, Portland, Maine [Published: FEBRUARY 2019]