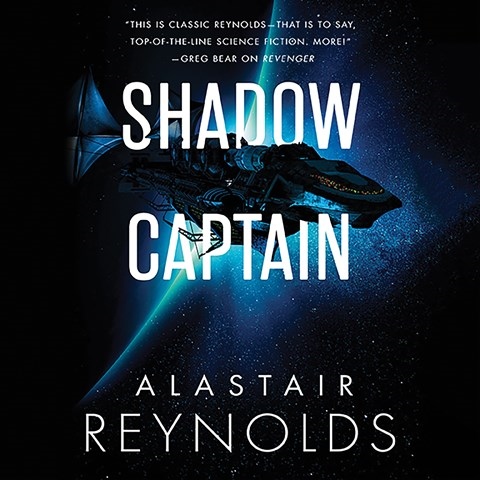 In this second installment, Clare Corbett reprises her dynamic narration of the Revenger series opener. Sisters Adrana and Fura Ness struggle to reconcile who they've become in the aftermath of their ordeal with the notorious criminal Bosa Sennen. Alongside a hardy and well-characterized crew, they chart a course through hostile intergalactic space toward redemption and ill-gotten legendary treasure. Corbett narrates their voyage from Adrana's point of view, heightening the young woman's suspicion of her sister's increasingly unreliable and secretive behavior. Forced to seek supplies on an outlier planet, they soon tangle with Mister Glimmery, a crooked world leader with an unsettling vocal timbre. The sequel leaves listeners in suspense as chaotic events drag the spacefarers deeper into the unknown. J.R.T. © AudioFile 2019, Portland, Maine [Published: MARCH 2019]