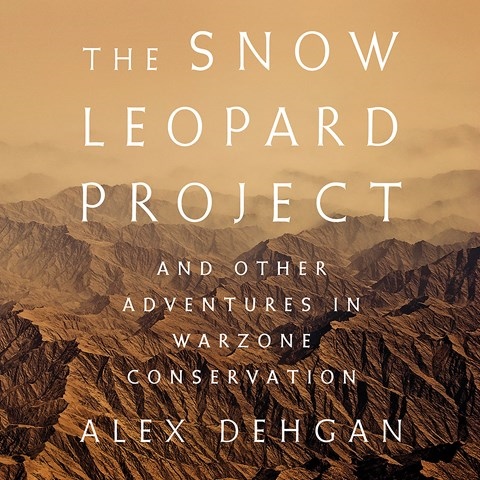 THE SNOW LEOPARD PROJECT And Other Adventures in Warzone Conservation

Asking an armed escort to point his AK-47 away from everyone isn't a laughing matter, but Dan Woren narrates with a wry humor that often makes this true story amusing and unnerving at the same time. Dehgan went to Afghanistan to develop the country's first national park. During his stay he initiated the Snow Leopard Project to raise awareness of the illicit fur trade. Woren skillfully injects Dehgan's emotions into a clear, informative reading. Listeners will be amused by a teddy bear survey to test procedures for studying wildlife and concerned about the well-being of an official when Dehgan learns of his injury from a land mine. Most listeners wouldn't want to wear parkas in the office, as Dehgan must during an Afghan winter, but Dehgan makes the experience fascinating, and Woren brings listeners along. J.A.S. © AudioFile 2019, Portland, Maine [Published: FEBRUARY 2019]