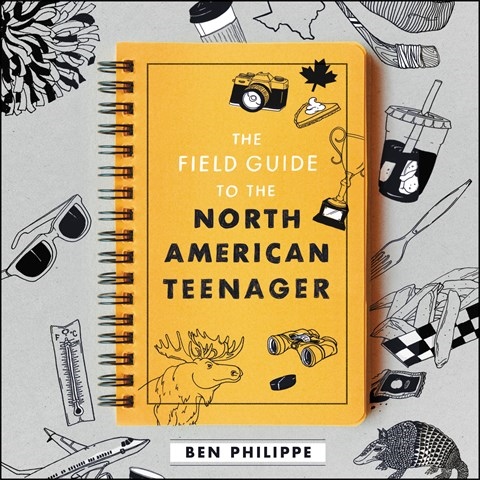 THE FIELD GUIDE TO THE NORTH AMERICAN TEENAGER

James Fouhey delivers an entertaining narration of Philippe's debut novel about Norris Kaplan, a black French-Canadian teenager who is reluctantly relocated to Austin, Texas, because of his parents' divorce and his mom's new job. Fouhey injects Norris's voice with the usual teenage snark, amplified by his judgmental "lasting first impressions" of the teens and culture of the American high school, gleaned from watching Hollywood sitcoms. Other characters are also given unique deliveries. Fouhey injects just a hint of superiority in the voice of Aarti Puri, the mysterious girl Norris wants to know better. Another friend, Maddie, sounds consistently friendly and upbeat as she sees the real person behind Norris's defensive facade. Fouey is especially effective in portraying Liam, the hockey wannabe, with a slow, deliberate delivery. N.E.M. © AudioFile 2019, Portland, Maine [Published: APRIL 2019]